Kid, you are a joy. I mean.... you are also exasperating. You lie immobilized on the ground when you don’t get your way. Between distraction and negotiation we have to budget 30 mins to get dressed in the morning. You insist on log rolling from my bedroom to yours at bedtime and double insist that dad and I walk behind you. We dutifully get in line behind you because we want you to go to bed so very badly and if we step over you we've committed to 15 mins of crying about how you wanted to be first. You have given me new understanding of just how Ritalin gets over prescribed. But you give me so many hugs and giggles and happy tears. 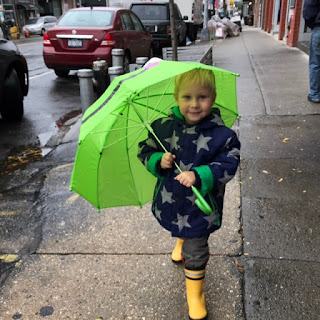 We are a family of many nicknames and you have finally started to participate. You call me "my sweet girl" and you call everyone "You Silly" or "Silly Mo" or "Silly Billy." We are all very silly.
You are a showman, in love with having an audience. You know when you’re being funny and can’t get through a performance without pausing to smirk and make sure everyone is noticing how hilarious you are.
You love building with LEGOs (DUPLOs… shhhhh) and magna tiles, riding your scooter, putting coins into every crevice of our house (especially into "the drink machine" aka the liquor cabinet) and watching videos of marble mazes, domino rallies and Rube Goldberg machines.
You insist on picking out your own clothing and refuse all shirts without pictures on them. You love your Monsters Inc sweat shirt and any and all shirts/underwear/socks featuring super heroes.
You started Preschool in September at Brooklyn Treehouse. You’re one of the youngest kids in the 3s class ("The Stars”) but seem to be doing great. At your parent teach conference we heard about how you’re a leader who the teachers consider the go to for an answer if no other kids will raise their hands. The teachers listed 2 boys as your best friends in class which was a bit shocking as you only talk about the girls at home. 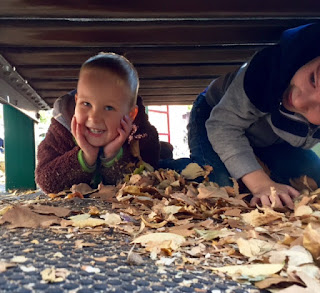 You became a big brother to Quincy on September 29th. I was very worried that you’d be a jealous older brother since you’re such a mama’s boy but you’re surprisingly gentle and loving with Quincy. At the end of my pregnancy when I was too giant to comfortably hold you in my lap or crawl on the floor to play blocks with you we spent a lot of time discussing how when the baby came out I could do those things again. Since Quincy's birth you’ve brought this up over and over again and seem happy to have him outside instead of in. You love to snuggle with us and tell me at least daily how much you love Quincy (parroting me you get right up in his face and whisper "I just love this sweet boy").

I’m a bit hesitant to admit this next bit publicly (and then secondarily embarrassed to admit that I'm embarrassed to admit it.... mama feelings are complex) but I had been allowing you one nurse per day ever since the middle of my pregnancy with Quincy when my boobs were too sore to allow more. In the morning when you would climb into mom and dad's bed to snuggle before getting up you would nuzzle up against me and ask "Can I have some milk-a-mama?" You would then nurse for a minute or two before getting on with the day. As sweet as this was it was making my oversupply issue that arose post Quincy worse and as you approached your third birthday I started talking with you about how 3 year olds don't have milk-a-mama any more. You seemed open to this but if I brought it up in the morning when you asked to nurse you would whine "but i'm not three yet!" Technically true, so I let you keep nursing right up to the morning of your birthday. 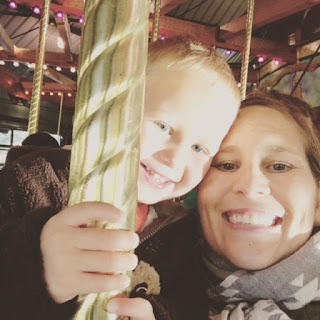 On the big day you crawled into bed and snuggled up then said, "can I have...." I gave you a smirk. You smirked back and covered your mouth with your hand to hide your giggles, "I wasn't going to ask for milk-a-mama!" you declared. Then asked, "Can I have some milk-a-cup?" We're now almost 2 months into 3 years old and you have not mentioned nursing again. Even though I'm tearing up writing this I could not have asked for a better, more consensual end to our nursing relationship.

I really wish I could say that your are consistently sleeping through the night but alas most nights you show up in our room at some point and your dad has to walk you back to bed. I feel a certain amount of failure around this but I’m at a loss to solve the problem. Recently, we've been offering up a mega bribes (trips to the toy store, chocolate cake, a movie with mama) if you can stay in bed multiple nights. There has been enough progress that I think this might be working but it's hard to say -- dad is more keen on sleep training you than sleep training Quincy.

You have mastered your scooter in true NYC kid style. You ride as if always in the middle of a very competitive race. Hands wrapped tightly on the handlebars, little foot pushing off with as much force as you can muster, head down to allow for optimal wind resistance. You fly on that thing. It's both scary and exciting and I do a lot of yelling "Ok! Wait for Mama!!!!!" 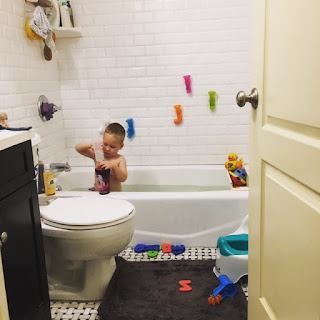 Over the past year you’ve become somewhat obsessed with pipes. In a new bathroom you love to crouch down to inspect underneath the sink pointing out the pipes and tracing the path of the water. You cannot pass up a drain or a pipe in the wild. Each one must be examined and discussed. “What comes out of this pipe?” “can you put a leaf in this pipe?” “Where does the pipe go?”

You went to your first movie in the theatre (The Secret Life of Pets) this past summer. You are an entirely not self conscious viewer and often exclaim your jump up an down shaking in excitement while watching. Over Christmas you got into watching the animated "How the Grinch Stole Christmas" and at the beginning when the Whos ride around on their music making machines you can't help but call out "whoa whoa whoa!!! look at that!" over and over again.
You're prime age for Kids Say the Darndest things. Here are a few of your recent zingers:


You don't want to be called my baby any more -- even though it will always be true (big brother or not). You promise that you will always want to snuggle with me -- even though that probably will not always be true. You're a wonderful little guy and a huge huge handful. Everyone I know with kids says that three is the hardest and so far, I fear they are right. But that's ok -- even at your hardest (when you won't stop climbing on me, when you run back and forth through the house making some weird noise at top volume, when you get in trouble and tell me "I don't like your face!", When you won't eat any of the food on your plate, when you hit or bite or throw.....) you're still impossible not to love. 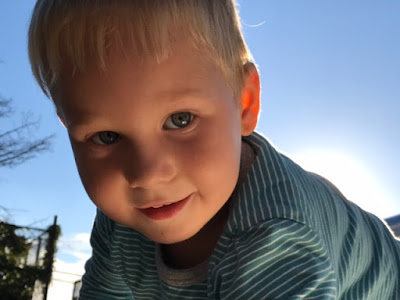