You have been 2 for over a month now but since we’ve officially stopped counting age in months you’re still just 2 (and this blog post is by no means over a month late). 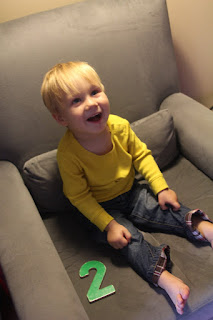 I write from just beside the fireplace at Ama and Pa’s (aka Grandma K and Grandpa Horst) house on the afternoon of your 3rd (!!!) Christmas. You’ve enjoyed this one most of all. You love playing with your cousins and opening presents and eating pudding (and cookies and chocolates and ice cream and sugar straight from the bowl if we’d only hand you a spoon). And mama loves watching you play (and the occasional nap…) too much to spend a long time formatting this rambling blog post. 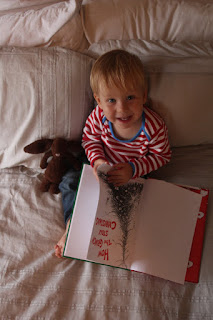 You want to do everything by yourself. If I lift you onto the bed I am thanked with enraged screams of, “Self!” If I reach down to carry you up the stairs to our apartment you panic and quickly tell me “by self! by self! by seeeeeeeelf!!!!!” I sometimes hear you whispering, “self, self, self” while playing alone. Practice for the next time your jerk mom tries to assist you with anything? It is amazing how many different ways you can refuse help.

My ears are still your comfort objects -- you grab at them when tired, when hurt, when snuggling. The inside of my ear is often tender and raw from your machinations. In the morning while we lie in bed with Mama on one side and Daddy on the other you like to reach over and hold an ear from either parent. Just in the last couple of days I have caught you fondling your own ear while napping -- independence.

You are just starting to grasp pretend play. Sometimes you toss your stuffed rabbit, Claude, off of the bed and tell me “he crying. need hugs.” After you rescue him from the floor you tell me, “He needs Mama” and then instruct me to hold him and “Mama say, ‘it ok!’”

Recently folks have commented on how verbal you are, shocking given how long it took you to speak, and yet it’s true. You’ve surprised me with what feel like complicated concepts. Asking, about a rock you found on your dad’s dresser, “where it come from?” Bringing me a block that matches the one I’m holding and saying, “this red also.”

You parrot everything you hear which has revealed just how often I use certain phrases. When I finally get Sesame St. streaming on the TV you’ll announce “Oh! There we go!” perfectly mimicking my own inflection. You walked into my bedroom the other day and out of nowhere announced, “Oh, that’s weird.” (It was never clear exactly what was weird -- life itself?) 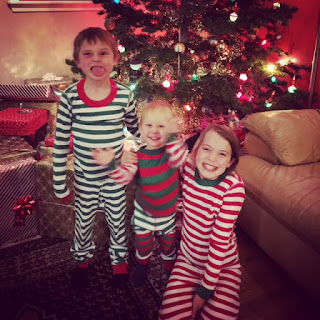 You’ve started to grasp the concept of jokes -- your main attempt at humor is putting your wub-a-nub (pacifier) in your mouth and then trying to drink milk or water at the same time. You yell, “Mama! Mama! Mama!” and show me this while giggling uncontrollably. You also like to say things that are obviously not true (“Mama’s shoes? No!” while holding your own shoes) and then laugh hysterically.

You’ve also recently realized the power of choice. A favorite phrase around our house is “a different one!!” You ask for different pants, a different show, a different snack. One night  your dad and I were rolling on the floor laughing as you had argument after argument with yourself about if we would read books or put pajamas on first (“read a book! yes!... NO!!!! No book! Get dressed. Get dressed. NO NO NO!!!”). This past week you made an unfortunate discovery. We’ve often used the trick of giving you a choice between 2 items to force a decision but  one evening I asked you if you’d like Mama or Daddy to perform whatever bedtime preparation that we were trying to move along and you replied, “Nothing.” This choice loophole is sure to cobble many previously smooth paths. 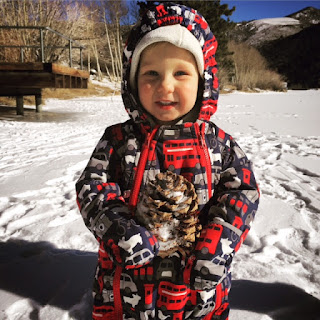 You’ve recently started singing songs -- mostly the ABCs (having mastered your letters in lower and uppercase! Excuse my Mama bragging…). We downloaded you an iPhone application that lets you drag letters into their place in a word and you’re ridiculously proficient.

In October we took you to Switzerland, France and Spain because you are a very spoiled baby. You saw many fountains. You saw the Sagrada Familia which you knew from a set of architecture cards that your dad picked up at a stoop sale. You’re still talking about it months later -- building block towers and calling them the Sagrada Familia, reminding me of the stained glass inside (red and green circles!).

You are still nursing once in awhile -- most days a quick suckle in the morning but some days none at all. We’ve finally convinced you that milk can be drunk in a cup and at 2 years and one month you are off of the bottle -- this has lead to a small uptick in requests for “Milk-a-Mama.”

When I’m stripping you down for a new diaper you often look up at me and announce, “Little Nakes, coming out!”  You find it hilarious when anyone is naked -- especially me. If you catch me coming out of the shower you squeal with glee, “Mama Nakes!!!” and then demand that I turn around so you can see my “naked booty!”

You love to color and demand that we draw things for you -- recently you’re requesting a fountain, an ipad an octagon and a Buddha.

On 11/7 you used the potty for the first time after peeing a bit on mom and dad’s bed during bedtime story naked time. You have refused to use it again. We have an exciting weekend of potty training/you peeing all over the house planned for 2016. 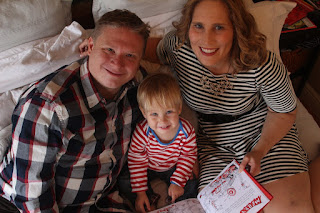